What better way than to be in an all-inclusive, brand-new hotel, at the cutting edge of modernity and design? In addition, the new hotels often offer attractive introductory offers, thank you!

Here are five all-inclusives that have just opened or will open soon, in time for the high winter season.

Open since October 2018, the Planet Hollywood Beach Costa Rica Resort offers the natural beauty of this Central American country, in an all inclusive setting.

Planet Hollywood’s first all-inclusive hotel is located on the Pacific coast of the country, on the beautiful wild beach of Manzanillo, 30 minutes from Liberia International Airport.

On a human scale with only 294 rooms, the establishment includes iconic Hollywood memorabilia, eight restaurants including one signed by star Guy Fieri, and two swimming pools. 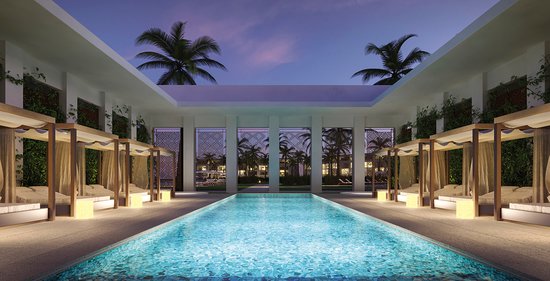 The complex will have very large suites, accommodating up to seven people for some of them. Located away from the beach, it will offer access to the services of neighboring hotels, the Paradisus Palma Real and The Reserve at Paradisus Palma Real Resort, and their beach. 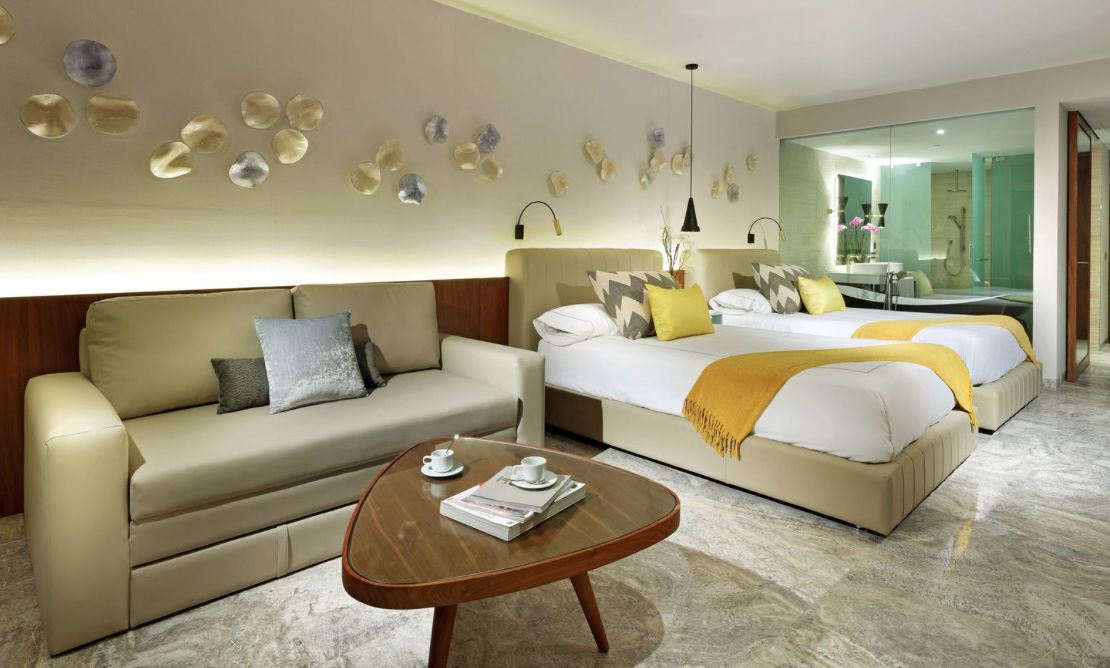 The Costa Mujeres is a new hotel development zone, along the Mujeres beach, in front of the island Mujeres, about thirty minutes from the hotel zone of Cancún.

The Spanish group Palladium has just opened the Grand Palladium Costa Mujeres Resort & Spa, a 670-room complex, including the Lofts Suites, on the two upper floors of the buildings.

A major innovation, an artificial lake with canals was built at the heart of the complex, allowing guests to travel from point A to point B by boat.

Paradisus, from the Spanish group Melia, will open a new all-inclusive property in Cayo Santa Maria, Cuba, by the end of the year.

The Paradisus Los Cayos will have 802 rooms, in modern buildings of three and four floors. The resort will include the exclusive Family Concierge (for families) and Royal Service (for adults only) sections, as well as rooms with direct access to a pool, a trend that is starting to hit Cuba. All with the spectacular beaches of Cayo Santa Maria!

We spoke above of Costa Mujeres, in full development. The Riu Palace Costa Mujeres is another five-star resort that will soon open along the long Mujeres Beach.

With 670 rooms, five pools, four bars and six restaurants, this new all-inclusive resort will also have facilities from its neighbor Riu Dunamar, which opened last December. Two hotels for the price of one!

Haunted: 14 hotels haunted to give goosebumps in USA